In early April I visited Lammas (www.lammas.org.uk) in Pembrokeshire to catch up with their progress since they were awarded planning permission for 9 smallholdings and homes in August 2009. Building is quickly progressing on site – there is an almost complete house on plot 7, a straw bale round house on plot 8 and a timber-frame barn on plot 6 (using Douglas Fir wood with straw infill). Much of the layout of the plot has been finished with a new hardcore drive, visitors parking area, drainage, water pipes laid and a visitors compost toilet. On many of the plots willow and other trees (such as blueberry) have been planted and there are polytunnels and raised beds on the plots around the terrace (plots 1 to 4). Last year Lammas also won funding for their community hub building from the British government and plans for this are rapidly evolving.

I found visiting Lammas completely inspiring. Despite a harsh winter of cold and snow, and hail during much of my visit, it was a place of great momentum and excitement. It has taken then 3 years to get to this stage and numerous planning applications and appeals (full details, including all submitted planning documents are available on their website). Now the place is full of invention, creatively and people doing it for themselves – always with an eye on protecting and nurturing the environment.

What is particularly inspiring is the way in which everyone is working together and supporting each other but ultimately each have their own space, freedom and choices in how they use their plot and make their livelihood. One resident described it as ‘more a village than a community’ in that they live side by side but do not predetermine how everyone should live. At the same time there was a clear belief that individually they would struggle to build and live off the land – that without the physical and emotional support of each other it would be a long hard task of survival. There is a strong sense of mutual solidarity, sharing and kindness. Lammas itself it run by a Management Committee and people are paid to take on various roles – such as volunteer co-ordinator or accountant.

In terms of affordability residents have made their buildings low cost by:

On my visit I learnt how to make glass bricks from old bottles (more on that later), plant willow and saw wood for part of the barn construction.

If you are interested in more info about Lammas or would like to help they are welcoming volunteers and holding visit days: More info at: http://www.lammas.org.uk/getinvolved/volunteer_letter.htm. If you are interested in conducting research with Lammas or making an educational trip please contact them as they are keen to develop their role as an education centre and to work with Universities. 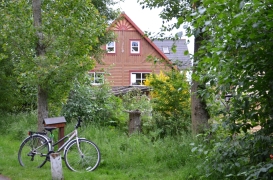 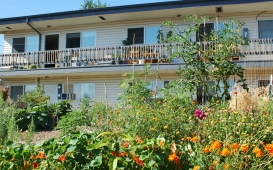 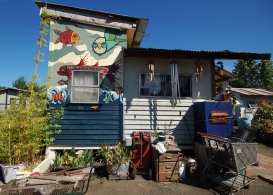 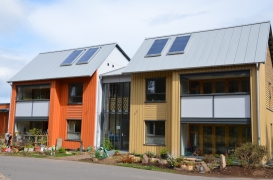 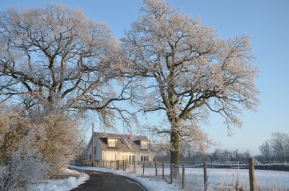 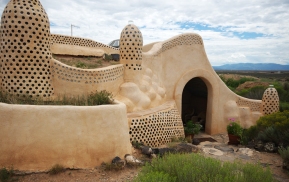 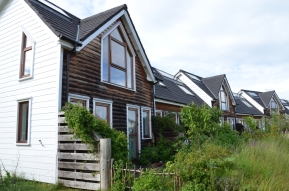