[This article appeared in the magazine Clay Technology February 2011]

Improving efficiency and reducing waste in our building methods is becoming increasingly important. The pressure for change is evident from government carbon reduction targets but also from consumers concerned about rising energy prices and climate change. By visiting over thirty examples of eco-housing in Britain, Spain, Thailand, Argentina and the USA it is apparent that ecological methods remain marginalised and often misunderstood. Thus there is a need to understand what social, political and economic conditions encourage or hinder eco-building.

Economic considerations are not limited simply to a desire for materials to be cheap. Although the need to develop lost-cost eco-housing is important to ensure that environmentally friendly designs do not become the privilege of the wealthy, many builders I interviewed wanted to be able to make clear and informed choices as to the trade-off between financial and environmental costs, and between initial costs and lifecycle benefits in terms of energy savings.

A house made from bags of earth layered like bricks, Crestone, Colorado, USA

There is an entrenched myth that eco-building is more costly, whereas figures for the lifecycle costs of buildings have proved that in the long-term they are actually cheaper; we are too used to considering cost only at the build stage. Tied to cost considerations are the difficulties eco-builders have in finding impartial and independent advice about different building materials. There is a lack of empirical evidence of the success or failure of different materials and methods and a frustration that many products are only sold by those with vested interests. This is most pronounced in the selling of environmental technologies such as micro-energy generation where for example, small roof-top wind turbines have long been proved to be inefficient. In relation to clay technologies more open discussion of some of the problems of using rammed earth techniques and adobe in our climate are necessary to build consumer confidence in taking what is still perceived as a risk in using such materials.  In other words until the problems and limitations of using some materials is more openly discussed lessons on how to improve and the specific suitability (or not) of approaches to Briatin cannot be learnt. Thus many eco-builders struggle to attain accurate information and mistakes are repeated, this is enhanced by the reluctance to talk openly about what does not work when the concepts of eco-building are still so marginalised.

Despite significant advances in the technological development of new materials and methods for eco-building, adoption is often limited by social and cultural assumptions and norms. This is in part because some build techniques seek to reinvigorate traditional methods.

For example, historically adobe clay bricks were used extensively in western Argentina. Clay was locally available, free and provided enough thermal mass necessary to survive cold winters. As bricks replaced its use, adobe came to be perceived as only for those on low incomes, and bricks as a sign of wealth and status. However, with little firewood available, many homes in this region are now cold and a new adobe house being built in San Francisco Del Monte De Oro is helping to revive an interest in traditional techniques and overcome the stigma of unfired clay. It was only after locals could see and feel that the new adobe brick forms were working and had a contemporary aesthetic that they began to reconsider their perceptions. Moreover, given that making adobe bricks is particularly labour intensive and time consuming there remains a market opportunity for local businesses. 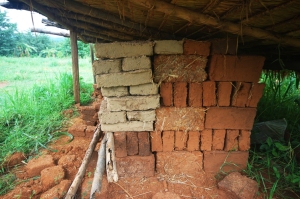 Just as importantly, new materials and designs sometimes require radical shifts in cultural values and the changing of local understandings of what constitutes a house. This is most apparent in New Mexico, USA, where the development of Earthships (completely autonomous houses made from recycled car tyres) have been proved technically highly successful but their replication is limited due to their different aesthetic. Understanding cultural perceptions of buildings then becomes central to any attempt to encourage eco-building. This is best done through the sharing of relevant research and through careful reflection by those who design and build radically different forms of housing. A balance is required between technical brilliance and how the final build looks and feels. Thus what we can most immediately do is ensure that innovative building retains an aesthetic which ‘fits’ with other buildings regionally. This can mean that radical innovation is slowed down but potentially more of the ideas are adopted by a wider section of the population.

An Earthship at the Greater World Earthship Community in New Mexico, USA

Eco-building as an opportunity

Finally, political context shapes what building types are permissible. Despite some successes in Britain our planning system favours buildings which conform to existing styles and norms. While this might limit some innovation it supports the continued reliance on clay technologies. Recent successes include new cob houses in Devon inspired by Kevin McCabe and the use of rammed earth at the Centre for Alternative Technology and at Hill Holt Wood, Lincolnshire. British companies like Clayworks have also sought to overcome the cost and time limitations of these more traditional methods by developing a range of compressed clay bricks (adobe) and clay plasters using mainly waste materials. In addition unfired clay bricks have been used as internal walls in many British eco-homes and with the use of lime mortar rather than Portland cement traditional bricks become more reusable. In these ways clay technologies are highly suitable for eco-building in Britain and could play an even bigger role as new innovations are developed. That said, those international places I visited without planning laws and building regulations, in particular, produced successful and innovative eco-housing. The freedom to experiment was often necessary to prove new ideas work and we should consider following the USA in creating experimental build zones. The New Mexico Sustainable Development Testing Site Act provides two acres for the trialling of new building methods. This site is deemed completely free of building regulations and planning restrictions. Such sites provide proof-of-concept space which can also provide evidence for the necessary changes in building regulations and planning to enable innovative eco-building. In Britain such sites would enable better longevity and weather durability tests for novel clay products.

There are a large variety of eco-buildings, from those which rely on complex technologies to cheap self-built roundhouses in Wales. Common to eco-buildings internationally, however, is a desire to use locally sourced materials, and to build safe and robust homes. British companies are in a good position to accommodate both these demands with the evolving use of clay technologies. 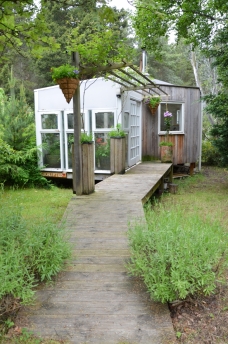 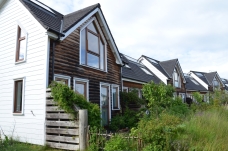