During my travels meeting eco-builders in northern New Mexico and southern Colorado the conversation often quickly turns to the difference between Europe and the USA. People are keen to know whether life is better across the Atlantic. Many lament that Europe is so much further forward in terms of environmental legislation and regulations, expressing a general despondency about the state of environmental consciousness and action within the USA. People have often suggested that Europe is better at either forcing or encouraging people to make changes for the better environmental good. A good example of this in England and Wales is the recent introduction of feed-in tariffs for installing photovoltaic panels (where you are guaranteed to be paid a certain amount per unit of electricity produced). If you have savings with which to buy the panels (so this is clearly not open to all) you can begin to generate quite a significant sum from these tariffs while also reducing your electricity bills. This type of government incentive is finally beginning to make putting environmental concerns into practice financially viable rather than just relying upon people’s willingness to do an environmental good.

However, for all that Europe might be doing on the legislation front (and lets be honest it is not as good as it looks and it is still not good enough) and for the positive steps taken in recent years, it lacks something that the United States has in huge quantities, especially in the examples that I have seen in northern New Mexico and southern Colorado. That is a sense of freedom and a spirit of experimentation. I would wager that this is related to the broader North American psyche of individualism, self-belief, confidence and a ‘can do’ attitude that can be lacking in certain parts of England. Whatever the reason the results are some radical and unusual green buildings that are superior in inventiveness – in thinking outside of the box  – than the types of housing I have seen in England or Europe. What is more, many of the eco-builders I have met are continuously seeking to adjust and improve their buildings. By living in them and understanding what works and what does not they continue to be inventive in making buildings even better. We have plenty of creative builders, but we do not seem to push the boundaries as far.

There is a danger that our legislation and regulations actually hold back our ability to experiment, be bold, and have the vision to put some of our more radical ideas into practice. There are many examples here of houses which do not fit existing notions of what a house should look like, feel like, or do, including the infamous Earthship, earthbag dome houses, spiral straw bale houses, hybrid houses made out of a combination of straw bale and cob or adobe, and two-story majestic adobe homes.

The tradition of just getting on and building your own house appears to be a lot stronger in the USA. Of course it is hard to generalise across such a huge nation, but there are pockets or hubs of eco-building experimentation that feel like green building heaven for anyone used to the restrictions (planning, financial, cultural, and space) of England. Within these hubs there is a critical mass of like-minded others which many have said has been crucial to facilitating their confidence and knowledge in getting on and building and trying different methods and approaches. Many accredited this critical mass to their success. It is certainly hard to build a different type of house if you are the only one in a whole town doing so and it marks you out in an uncomfortable way. In addition there is the advantage of space out here where you can get on and build without too many prying eyes which is a real advantage to the eco-building movement in the USA. In England you do not get far before your neighbours start asking questions.

On paper Europe has taken very significant steps in recent years to facilitate, legislate, and encourage green building, but that is not to say that we are necessarily getting it right. I am cautious about a system that becomes too bureaucratic in the way that we determine what houses should or should not be built, and to what criteria. In places such as Crestone (Colorado) where there are no building codes (building regulations) and the only limitation to what you can build is determined by a Property Owners Association (depending on what plot you have, not all areas are covered by the Association), there are actually not as many ‘failures’ as one might expect. In other words, most have built reasonable, solid, nice looking homes without building codes determining the approved method for doing so. This is because if you are going to build a house for yourself of course you are going to want it to stand up, for it to be comfortable, and to last for a long time.

I am not suggesting we should abandon all building codes and many builders I have spoken to here have said that in the main they are not a restriction to individual eco-building (though they can be to larger eco-community developments). Building codes can be navigated and in many ways are important for ensuring that houses are robust enough to withstand climatic or regional conditions, like earthquakes or heavy rain. Building codes are perhaps most important when housing is being built for other people, when a developer could make a house look robust and fine but actually is it poorly built. But for self-builders, and in order to really encourage inventive radical visionary eco-building we need to re-examine whether our building regulations are too heavy-handed and are actually suppressing the experimentation which we need.

Although we know a great deal about how to build better homes (even if we often continue to ignore this knowledge) we do not yet have all the answers. There is not a perfect eco-house out there – even the Earthships acknowledge that they have room for improvement and Mike Reynolds has been improving them for over two decades. We still need space to experiment, to radically rethink how we build and collect the resources we need to survive (such as energy and water). We need freedom and we need it at home, wherever that is, so that we can experiment with buildings in the climate they need to function in, with the materials that are local, and live in them during all the seasons to see if they actually work. Of course we can import ideas from abroad and internationally share our successes and failures, but we need more space for homegrown inventors to put their ideas into practice, and to do this we might need a little less regulation and a little more confidence. 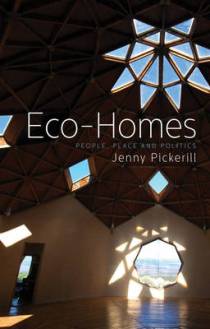 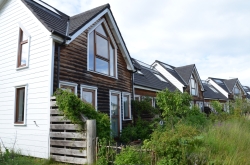 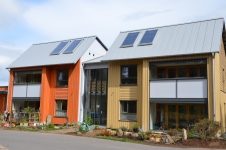 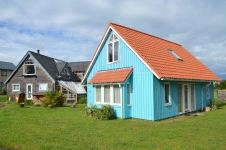