Casa Tierra accepts visitors for tours, and volunteers through the WOOFFing network. If you would like to visit be sure to contact them in advance rather than simply arrive as they often have commitments. They also run workshops on natural building; details are on their website. Contact via email: fundacion@yanantin.org.ar, or via the website: www.casatierra.org.ar.

1. Get to a regional city

Casa Tierra is located in the small town of San Francisco del Monte de Oro in the San Luis province. To get there you can fly to Cordoba, or from Buenos Aires catch a 10 to 11 hour bus to Cordoba or San Luis (which is closer but smaller). There are tens of bus companies in Argentina and many operate out of Buenos Aires, so there is always a huge choice of buses out of the city. The biggest companies include Chevillar, Fetcha, CATA, and General Urquiza.

It is best to book a couple of days ahead as the buses are quite busy. If you are outside of Buenos Aires the Omnilineas company offers a booking service in English. Expect to pay between 100 and 250 pesos (20 to 50 British pounds) for a one way ticket. If you go overnight then you have have a sleeper seat (Cama Suite) or in the day time a reclining seat (Semi Cama). The buses are very comfortable, with large seats, curtains, toilet and often a 15 minute break along the way. You can put your luggage in the store at the back of the bus when you board. You are given a receipt for it and you let the guy know where you are getting off. On the more expensive buses (like Cama Suite) you get meals included and free drinks, but on the cheaper ones you need to take your own food with you. There is, however, always water available.

All buses leave Buenos Aires from the Retiro Terminal de Omnibus, a large three storey bus station with about 75 platforms.

If you are coming via Cordoba you need to take a bus to Villa Dolores with companies such as COATA (which leaves at 12.30 everyday), but there are also minibus services like Sierra Las Bus. You cannot buy this ticket in Buenos Aires but have to buy it on arrival in Cordoba from one of the many ticket desks. The journey takes between three and four hours as it involves slowly snaking over the Sierra mountain range – but has stunning views.

Once at Villa Dolores you need to buy another ticket (again you cannot buy this at Cordoba) to San Francisco, which has the destination San Luis. There are far fewer buses a day from here. If you take the company Autotransportes San Juan then buses leave at 4 am, 12 midday and 5 pm everyday. It takes 2 and a half hours to San Francsico.

If you are coming north from San Luis the journey is only one and a half hours, but again there are only three buses a day and San Luis is not very big. In other words it is not the best place to get stuck for too long.

3. Getting to Casa Tierra

The bus station in San Francisco is a new building to the north of the town. This is a very small and rural place and the ticket offices only open an hour or so before each bus. In between each bus all the shops shut. When you arrive it is easiest to get a taxi to Casa Tierra. However, there are not many in town. It is best to try and catch one as it drops someone off. If you need to call one there is a list of numbers next to the red public phone in the station. However, to be honest I stuggled to get the phone to work, and when I used my mobile none of the taxis answered the phone.

It is possible to walk to the house. It is only about 1 km north along Sarimento street. You walk west one block, then north to Plaza San Martin then keep walking straight up the dirt track until you think that the road is going to turn into a path and you will see the house on your left. But there are a lot of dogs around and if you are in any way worried about free roaming dogs I would suggest it is worth waiting for a taxi. A taxi only costs 5 pesos – less than 1 British pound. 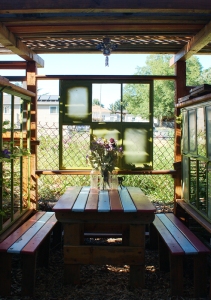 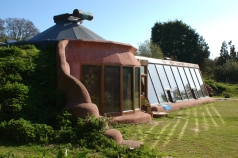 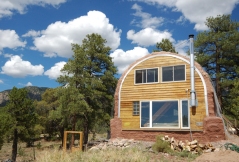 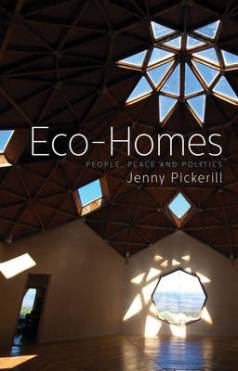 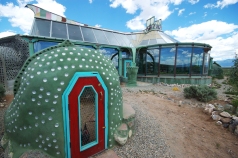